I had reached out to Nicole Starosielski at NYU about an excerpt from The Undersea Network that describes her visit to a cable station in the Philippines. I was curious about the stark differences between this part of her narrative and descriptions of other locations like Guam that feature prominently in her book. When she reaches her destination outside of Manila, she notes the visibility of the cable station but describes a place that is almost abandoned or neglected. Nicole Starosielski replied with a list of links to cable stations in the Philippines from the Surfacing digital project related the book. Below are a few of them:

And if you can, take a look at her team’s interactive underwater cable network project: http://www.surfacing.in/

END_OF_DOCUMENT_TOKEN_TO_BE_REPLACED 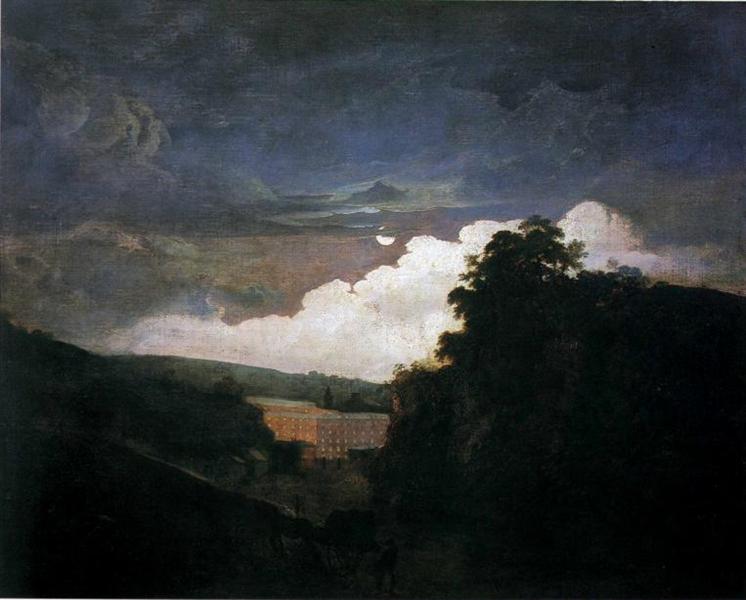 When I was a research assistant for Professor Allan P. Isaac at Rutgers University, I once transcribed an interview between him and a Filipino call center agent who described how work at a call center in the Philippines for American companies fractured the structure of their days and nights.  At night in the call center, they were expected to work tirelessly and meet a 300 second average handling time for each call, knowing that any missteps could lead to their termination and replacement.  Their lives at home during the day were also impacted by the change in sleep routine and their families had to live around their schedule, moving quietly around their homes and interacting minimally.

Above is Arkwright’s Cotton Mills by Night by Joseph Wright of Derby, described at the beginning of chapter three in Jonathan Crary’s 24/7: Late Capitalism and the Ends of Sleep.  The author describes the “reconceptualization of the relation between work and time” and the normalization of continuous labor that is made possible through advances in technology throughout the century and across the globe (Crary 62).  I found his use of Marx’s observation that the “first requirement of capitalism… was the dissolution of the relation to the earth” a familiar process in Professor Isaac’s research on call centers and the “disconnection from family, community, environment” due to the organization of labor a familiar sacrifice for both OFWs and the call center agent who must navigate global time and national time (Crary 63). 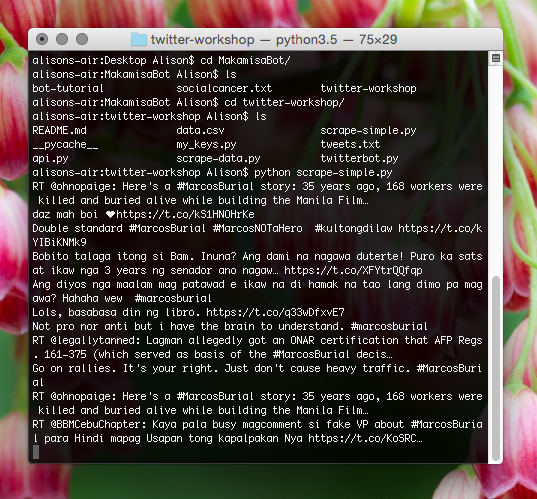 Last week’s trip to DataGryd with Andrew Blum reaffirmed for me how very small we are in the networks we’ve built to connect each other and control our environments.  I was interested in learning more about Markus Krisetya and his work after reading about his cartographic designs in the chapters we read from Blum’s Tubes.  Krisetya has a Tumblr page with some of his work, including a Submarine Cable Map from 2014:

An updated one from 2016 from TeleGeography can be found here:

The updated map is a little more interactive – you can scroll left and right, zoom in and out to read short reports on changes to the cable network since the map’s previous publication.  I enjoyed Blum’s description of Krisetya’s cartographic work as a form of storytelling (“I loved drawing stories on paper, and referencing distance in that strange manner,” [Krisetya] told me) (Blum 15).

I focus on TeleGeography’s maps because they provide us with physical representations of our media infrastructures, something I’ve been searching for as I collect and study materials for my final paper on colonial infrastructures in the Philippines.  In Nicole Starosielski’s The Undersea Network, I noticed that the Philippines only features as a sort of stepping stone in the undersea cable networks despite the existence of miles of telegraph networks connecting islands to each other and across the Pacific in the early 1900s.  There has to be a story behind this as well.  I recently found a map from 1902 online that could be useful provided by Brown University Library’s Digital Production Services illustrating these telegraph cables from that time published in National Geographic Magazine: